The Scottish Storytelling Centre, John Knox House and the Café are now open. Our Covid-19 Guidelines.

History of the House

But what do we actually know about this unique building and its famous (and not so famous) inhabitants?

The full story unfolds in a special exhibition supported by the Heritage Lottery Fund and curated by Dr Donald Smith.

The exhibition includes the results of excavations at The Netherbow, including time capsules recording how John Knox
House was saved from demolition in the 1840s.

The latest research on John Knox House and Mary, Queen of Scots is included in this exhibition in an accessible and informative way.

John Knox and the Protestant Reformers were influenced by the European movement known as Humanism.

This movement coincided with the spread of printing and of literacy, causing an intellectual revolution across the continent.

No less revolutionary was the translation of the Bible into modern European languages.

Knox travelled widely in Europe before returning to lead the Scottish Reformation.

The Preacher and the Queen

The Reformation in Scotland was officially established in 1560 when the Scottish Parliament approved the Scots Confession and passed an act abolishing the authority of the Pope over the National church.

John Knox’s preaching was a powerful factor in this revolution but it could not have been carried through without the support of the majority of the Scottish nobility.

When Mary, Queen of Scots returned to Scotland from France in 1561 she believed John Knox to be the most dangerous man in her Kingdom.

Had only religion divided Knox and Mary then perhaps they might have found some common ground, since both were deeply and genuinely religious.

However, Knox believed that in certain circumstances subjects were entitled to depose their monarch, therefore posing a political threat to the authority of the young Queen.

Bitter hostility divided the preacher and the Queen until their deaths.

By 1567 the atmosphere of instability and political intrigue resulted in a group of Scottish nobles forcing Mary to abdicate in favour of her son, James VI.

Fearing for her safety, Mary fled to England the following year. In her absence, Mary’s supporters, known as the ‘Queen’s men’, campaigned for her restoration to the throne and occupied the mighty fortress of Edinburgh Castle in defiance of the Protestant Government.

James Mossman, a loyal goldsmith to the queen, lived in John Knox House, with his wife Mariotta Arries, and was part of the Queen’s Men.

Three years later, the civil war raging between these opposing sides made Edinburgh a dangerous place to live and Knox left for St Andrews.

He did not return until pressure from England and France forced the two sides to call a truce in July 1572.

Preaching to the end

Tradition tells that Knox lived in this house during the months between his return to Edinburgh in August and his death in November 1572.

Despite being aged almost sixty and very ill, Knox continued to preach at St Giles.

Due to his ill health, he needed to stay nearby the church which can still be seen clearly from this house.

His death on 24 November 1572 was mourned by many as a national tragedy.

At his funeral the Protestant Regent, the Earl of Morton, paid testament to Knox’s life:
‘There lies he who never feared the face of man.’ 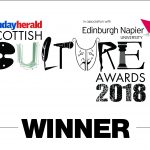